OC Landscaping were called out to a job in Crosspool Sheffield where customer had a sinkage in their driveway and collapse of the linear drains.  The customer informed us that with the initial installation of the driveway soakaways were installed and the position of the soakaways were directly beneath area of sinkage.

Due to the previously soakaway being beneath area of sinkage it was deemed necessary that rather than doing a quick fix which would require continual maintenance down the line we should investigate further and find a solution to fully resolve problem to prevent any future sinkage.  This was not a decision that was taken lightly. It was discussed in detail with the customer as it meant digging down to soakaways to investigate fully. 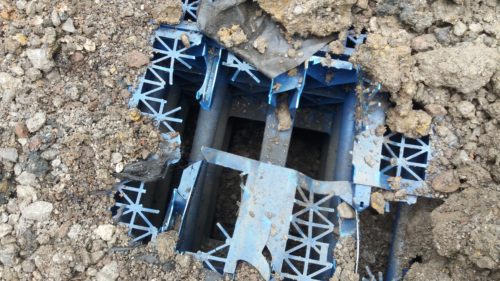 After removing the damaged soakaway it was replaced using the correct method.  We then surrounded it with free draining gravel and backfilled up to the top with suitably compacted hardcore. 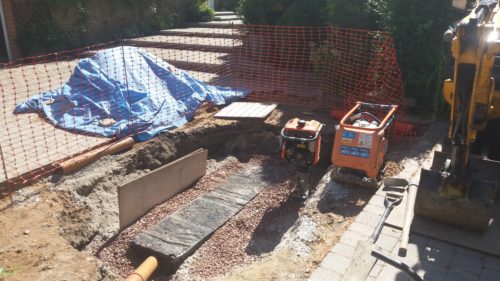 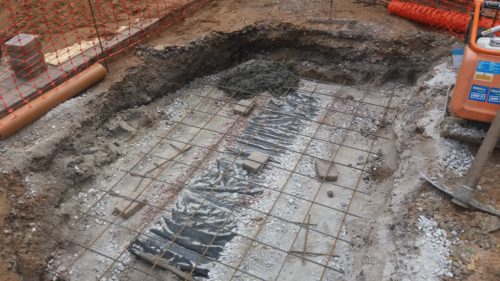 On top of the concrete base the driveway was further backfilled with hardcore into which we installed the new black polycarbonate ACO linear drain, performed a 30mm screed of grit sand and relaid the block paving drive. 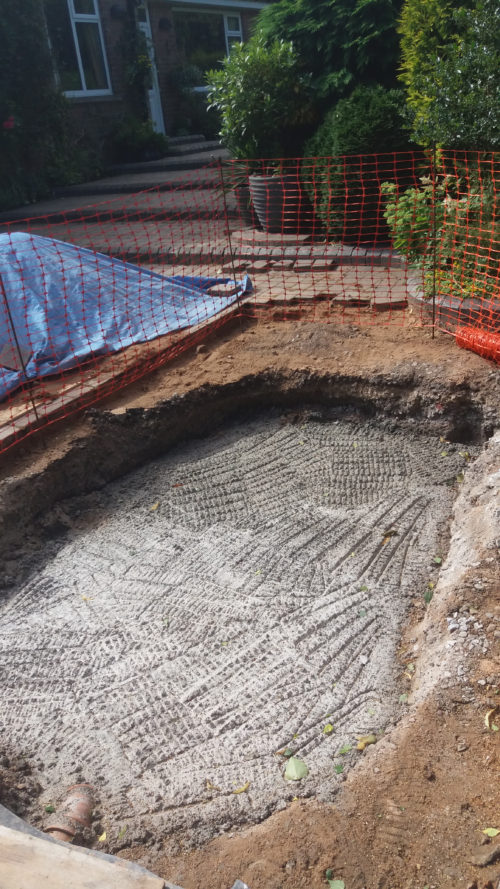 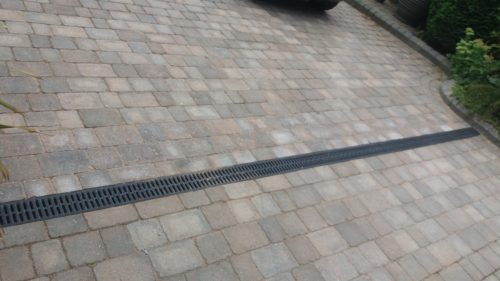 We are very happy with the finished product and so was the customer and we can be sure knowing that the job was finished correctly that it will be there for many years to come.